Is the Open-Source Business Model the Future of Software?

Open-source is an example of a business model transcending how a company operates into an ideological philosophy. Advocates praise the business model because it offers transparency desperately needed in the tech sector and utilizes a community-based approach to software development.

Some of the most successful companies in the world use the business model; however, it isn't applicable for every software company.

In this post, we discuss the fundamentals of the model and provide examples of well-known companies using the philosophy. We also cover the future of open-source and its role in the Metaverse.

What is an Open-Source Business Model?

The term refers to anything available for the public to modify and share. The first example of the methodology regarding software is believed to be in the 1950s from an early computer manufacturer Remington Rand. The business machine producer offered its customers the source code for the A-2 Compiler System.

Open-source philosophy gains momentum from the late 1970s to the mid-1980s thanks to MIT programmer Richard M. Stallman's GNU Project and GNU Manifesto. Stallman's work reflects the belief that software should be free and directly reacts to the rising movement of NDAs, licenses, and emerging companies started by his colleagues.

Developers began officially using the term in the late 1990s, promoting Stillman's ideology. Linux is the first company to enter the mainstream. IBM announced in 1999 that they would be investing $1 Billion in Linux after a massively successful IPO launch. Linux's success and high-profile funding proved that the business model could not only be commercially viable but able to generate an immense amount of revenue.

Today, the business model requires the software code to be readily available and centers around a supportive community of independent developers. Some businesses offer products for free, and others include additional business models to structure a revenue model.

The Rise of Open-Source Software

The business model is built on the same fundamentals of the original philosophy of the GNU Manifesto, but the criteria are much looser. Advocates in the free software community are harsh critics of the current open-source business model because it includes companies that charge for products and services.

To be considered an open-source company, a business must make its code available to the public but doesn't require free use.

How Can a Company Make Money with Open-Source Software?

While open-source has been a driving force in the software community for decades, many people in business are still unfamiliar with the movement. Some even reject it as a true business model and limit open-source to a philosophy for software licensing practices.

The most significant issue critics raise consists of releasing valuable information to the public without protecting intellectual property licenses.

One of the most popular operating systems, Linux, is both free and open-source software. The OS has an incredible community of developers who contribute to the software's development by upgrading, fixing bugs, and solving security issues. While the community version of Linux is 100% free to download, others that include customer support and a warranty require a transaction to access. Enterprises that build apps and SaaS on Linux require maintenance by Linux developers who charge a premium for their services. Since 2005, "over 14,000 contributors from more than 1,300 companies have contributed to the kernel," many contributions coming from some of the largest software and hardware vendors in the world.

Offering open-source may not make sense for every software company, but there are clear advantages helping some of the most successful businesses in the world.

Advantages to the Philosophy

Linux is a prime example of how a company can build a community based on free software. The open-source company has built a loyal following consisting of advocates, developers, and users who are passionate about the project because they are all essential parts of its progression. Companies that limit their software development internally can never achieve the level of devotion Linux has achieved.

If you are unfamiliar with software or web development, you may be raising security concerns over having code readily available for anyone with internet access to see. However, complete transparency and community support lead to reported vulnerabilities much faster. In addition, solutions are usually resolved within a few days because updates aren't restricted by software licenses.

The community behind open-source projects like Linux is constantly looking for security concerns and new ways to solve problems on the platform. Commercial vendors are limited to a fixed number of internal developers.

A decentralized approach to software development requires fewer paid employees and less overhead. If you have a dedicated community of developers who benefit from the software being available for free, they will offer value through peer review and collaboration on projects.

Like the freemium business model, open-source software incentivize adoption because there isn't a transactional barrier to entry.

Taking an open-source project to a viable business model can be challenging. To navigate a path forward, it is essential to understand the 4 types of open-source models.

Extending your project to include commercial products is known as open-core. While the foundational structure is available to the public and available for free, offerings are available at a price.

Linux is an example of a Proserv open-source model. The company offers its services to support its free platform.

In many cases, Proserv companies will offer their services in a subscription model; the most notable example is Red Hat, a Linux-based provider of enterprise IT solutions.

Offering infrastructure as a service has become a significant revenue driver in the software space. Hosts like GitHub offer the platform for free but require payment for additional services and to scale through a monthly subscription.

The marketplace model consists of building the infrastructure to host multiple vendors and services from 3rd parties.

Google's Android project, the operating system for most of the world's smartphones, is open-source. Android is the most successful iteration of the marketplace business model. The project generates revenue for its parent company, Alphabet, by platforming the Google Play Store, Google Maps, and directing mobile web traffic through Google's browser and search engine. 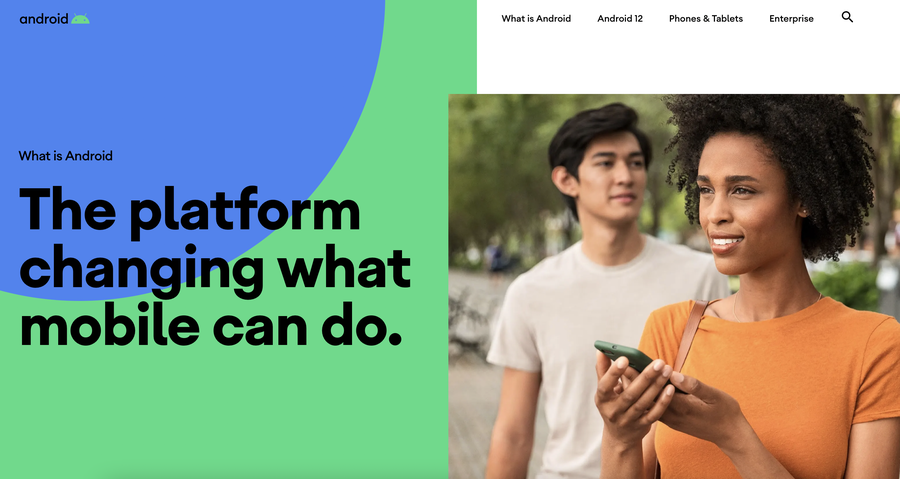 Android's model becomes more complex regarding other smartphone manufacturers. While the 'bare' software is open-source and available for any phone manufacturer to use, gaining access to the Google Play Store is only allowed after agreeing to Google's terms, which include:

While Android doesn't directly generate revenue for Alphabet, you can see how it is an essential part of the overall model. The implementation of AOSP is one of the reasons why Google remained a technology titan as internet traffic shifted to mobile.

WordPress is the largest content management system powering nearly 40% of the internet. The software company is a major supporter of the philosophy and actively encourages community involvement through meetups and conferences.

What is WordPress? How does it Work?

Like Google, WordPress's business model is extremely complex and features multiple revenue streams. The software is available through two separate entities, WordPress.org and WordPress.com. The WordPress Organization is a non-profit that runs strictly off donations and offers the software for free to the community. WordPress.com is owned by Automattic, a company that creates and funds products like WooCommerce, Bluehost, Yoast. And WP Engine built on the platform.

WordPress.com and most Automattic products make money through a freemium business model. The companies are built on WP or add functionality to a website created by the CMS. Everyone has access to WordPress.com, but payment is required to access premium tools and the ability to scale.

The Future of Software?

Advocates of open-source software are incredibly passionate about the methodology. However, while more companies make their code available to the public and encourage community support, the business model isn't the answer for every business.

The source code from Android or WordPress is useless to anyone without the infrastructure, community, and decades of experience running a massive network. However, some software companies possess proprietary information that is the foundation of their success.

Tesla is a great example. While the company publicly embraces the open-source philosophy, famously removing its patents in 2014 (for strategic reasons) and releasing some of the Linux-based software the vehicles are built on, they are far unveiling the technology that gives them an advantage in the EV market.

The Future of Software in the Metaverse

Decentralization, open-source software, blockchain, and cryptocurrency are fundamental components of the future Metaverse. The new virtual world is beginning to take shape right before our eyes, and open-source philosophy will play a key role in how it is built.

While advocates of the business model believe we need transparency and collaboration to create a sustainable, virtual ecosystem, major corporations are buying virtual property, and companies are patenting IP in preparation for the Metaverse. Open-source platforms will inevitably have a role in the framework of the new virtual world, but it is hard to say how much will be monetized and patent protected.

Will the Metaverse be a virtual utopia, built by the community for the community or a place for a privileged few? Either way, we suggest you start preparing for the future!

If you need help please feel free to contact us.

This Pattern is used by:

Unity Software Inc. is a platform for the creation and management of real-time content in 2D, 3D, VR and AR 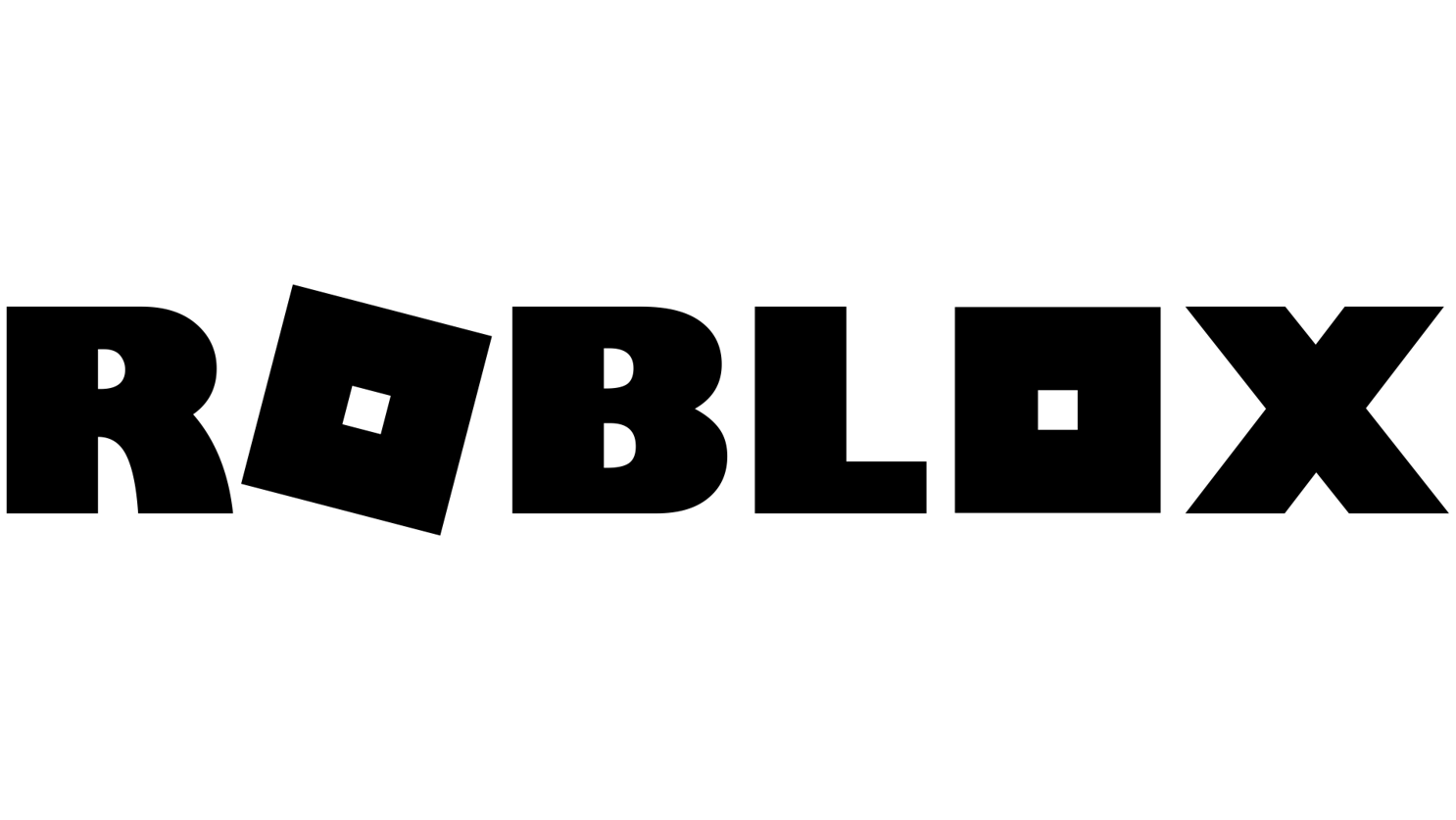 Roblox Corp. is a gaming platform where users can develop their own game worlds and try out existing worlds.