An Excerpt From The Car Manufacturer's Business Model Canvas: Tesla

About the car manufacturer Tesla

Tesla Motors designs, manufactures and sells electric cars with best in class performance regarding acceleration and safety combined with appealing design. Tesla made electric vehicles an object of desire. Tesla also markets electric powertrain components, including lithium-ion battery packs to other car makers including Daimler and Toyota. Tesla began production of the Roadster, the company's first automobile, in 2009. Tesla Model S sedan was introduced in 2012, Tesla Model X SUV in 2015, Tesla Model 3 sedan in 2017, and Tesla Model Y crossover in 2020. Tesla sold the most battery electric and plug-in electric vehicles in 2020, accounting for 16% of the plug-in market (which includes plug-in hybrids) and 23% of the battery-electric (pure electric) market. The company develops and installs photovoltaic systems in the United States through its subsidiary Tesla Energy. Tesla Energy is also a leading global supplier of battery energy storage systems, with plans to install 3 gigawatt-hours (GWh) by 2020. The Tesla Model 3 is the best-selling plug-in electric car of all time and will become the first electric vehicle to sell one million units globally in June 2021. 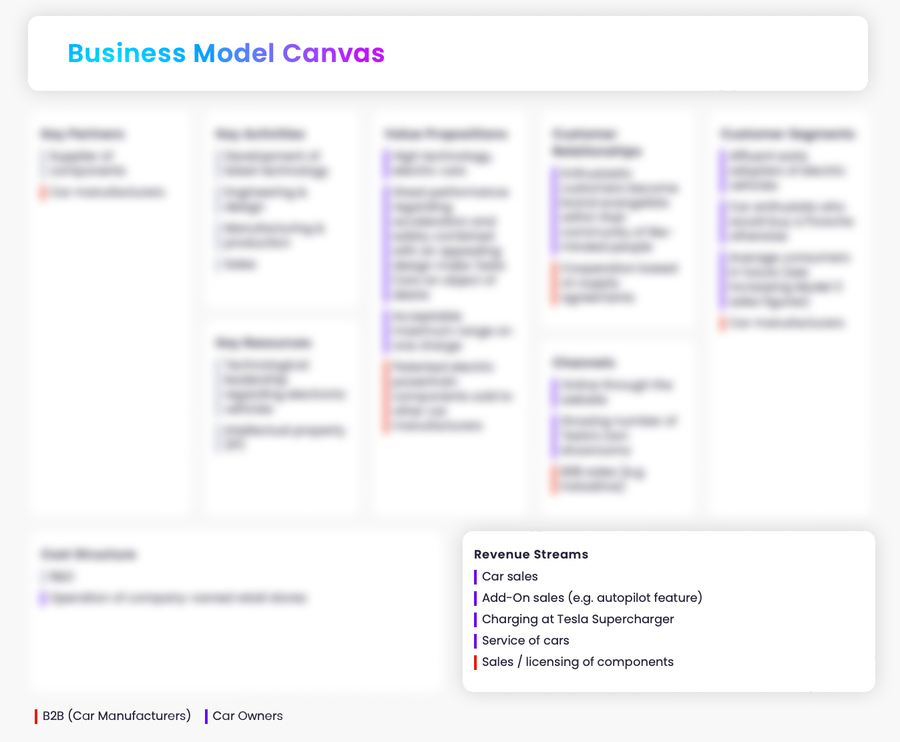 Tesla produced a total of 305,840 units in Q4 2021.
In 2021, Tesla had projected global sales of approximately 936,200 units. It is not only with the sale of e-cars that Tesla makes profits. Almost a third of the surplus also comes from the sale of emission rights to other carmakers.

A normal Model 3 costs $39,940 directly from tesla in the basic version. However, if you add a few add ons, such as a better engine, a driving assistant or even just visual changes and small gadgets, you can quickly end up with a Tesla price of over 70,000 dollars.

Tesla charges an average of 45 cents per kWh in Europe when using a Tesla supercharger.

Tesla has repeatedly stated that it is not interested in profiting from fast-charging infrastructure. The service is provided at no cost to the customer. Additionally, the service should always be "significantly less expensive" than filling up with gasoline. Along with rising costs, Tesla drivers should anticipate a significant shift in the way the Supercharger network is used: Other brands will be able to use the fast chargers in the future, in addition to the manufacturer's customers.

Tesla previously disclosed the precise cost of maintenance for each service inspection on its website. In the meantime, these prices have been removed from the website due to the abolition of the annual inspection. As a general guideline for the individual work, the following tables detail the previous prices for Model S and Model X inspections in 2017. Regrettably, these prices for the Model 3 were not published on the internet at the time, as the vehicle was not yet available. Model 3 maintenance is, however, less expensive than Model S and X maintenance, as it is a different class of vehicle.

Additionally, the previously available service contracts have been phased out as of March 2019. These packages previously enabled customers to purchase regular maintenance intervals at a discounted rate by paying in advance. While existing service contract credits will remain valid, the packages will no longer be available.

On average, Tesla charges around 2800 dollars for a 4-year service contract.

Tesla, for example, will license its autonomous driving system to other automobile manufacturers on a fee-for-service basis.

However, there is an unavoidable prerequisite to this: Tesla customers must have complete access to the final version of the FSD system. Those who have already paid have the hardware installed in their vehicles – even if it is not yet fully functional – and are awaiting the software to be fully functional.

2 of 6 things what makes Tesla special

You want to get more information about the Tesla's business model? Subscribe for Premium and get access to 150+ analysis!