What are the success factors of the energy drink RedBull?

Mateschitz created the Red Bull recipe and launched the company Red Bull GmbH in the mid-1980s. Red Bull GmbH is a firm that produces energy drinks. Originally, Red Bull was inspired by Chaleo Yoovidhya's Krating Daeng, a Thai drink (Red Bull, 2013). Mateschitz then collaborated with Yoovidhya to re-create the cocktail for a Western audience. On April 1, 1987, Red Bull was first offered in Austria, launching an entirely new category of 'energy drink' in the beverage market. Since then, Red Bull has maintained its limited product line's success, and it has lately introduced additional drink versions with various flavors. It is now the world's most popular energy drink, with 7.9 million cans sold each year. Red Bull is also noted for its innovative marketing strategies and outstanding sponsorship in a variety of sports.

Mateschitz wanted to make his product "big" from the very beginning and used several promising strategies to achieve this goal.

Essentially, the success behind the Red Bull business model is based on three major points of Business Strategies.

Right from the start, CEO Mateschitz developed a clear expansion strategy, which he pursued with all due consistency. After its market launch in Austria, where "Red Bull" was of course the first product of its kind, it went via Hungary to Germany. In 1995, the drink reached Switzerland and 2 years later another extremely important market, the USA.

The majority of Red Bull's approximately 9,000 employees are exclusively responsible for marketing and sales; other corporate functions, such as production in particular, are handled by means of outsourcing.

Red Bull essentially conveys "image", "cult", the feeling of being "cool" and part of a young, successful, aspiring society that has life under control, derives maximum enjoyment from it and only knows problems from the news. This attitude to life is created by an armada of marketing experts and has been successfully maintained for decades. Today, the company is represented as a sponsor in almost every sport, especially for extreme sports, which underline Red Bull's image of dynamism, youth and adventurousness. At almost every major event and in countless bars and restaurants worldwide, this drink is offered and consumed in quantities.
Today, Red Bull is represented in 165 countries, and more than 62 billion cans of this energy drink have already been emptied worldwide.

If you are interested in learning more about Red Bull's marketing strategies, read our blog article. Read more... 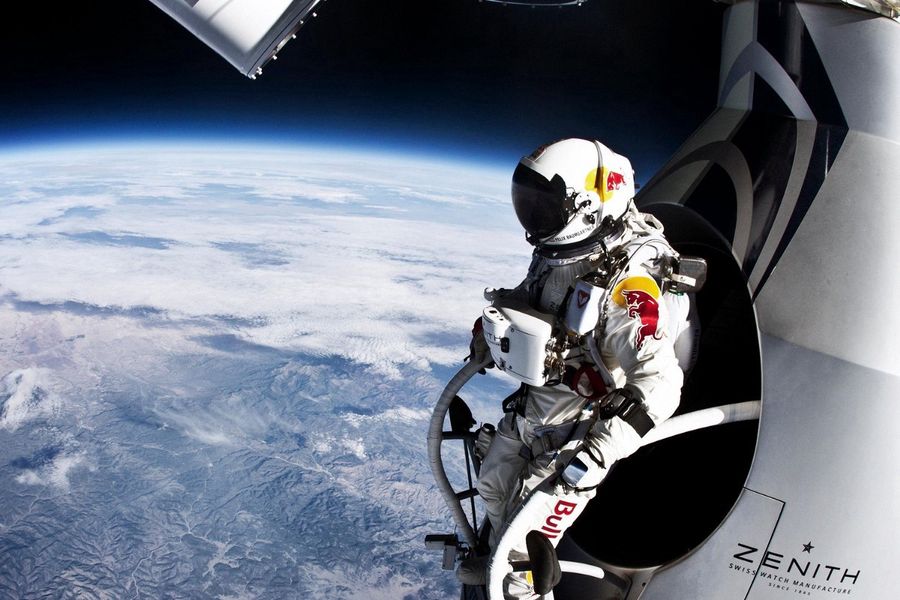 What are the success factors?

At RedBull there are 7 significant success factors:

Person behind the company

Dieter or "Didi" Mateschitz is the person behind the name Red Bull and has unwaveringly led his brand, his product to success. He was born in 1944 in Sankt Marein im Mürztal. He graduated from the College of World Trade in Vienna in the field of marketing and began his professional career at Jakobs Kaffee, after which he moved to the toothpaste manufacturer Blendax. A business trip to Thailand then changed his life. In 1984, he founded Red Bull GmbH together with the Thai entrepreneurial family Yoovidhya. Today, Mateschitz is not only an entrepreneur as the owner of a beverage company, but also a sports manager (including Red Bull Salzburg, RB Leibzig, Red Bull Formula 1,...) and real estate manager. He is considered one of the richest people in Austria; in 2017 he was ranked 86th in the world according to the "Forbes" list of the wealthiest people. 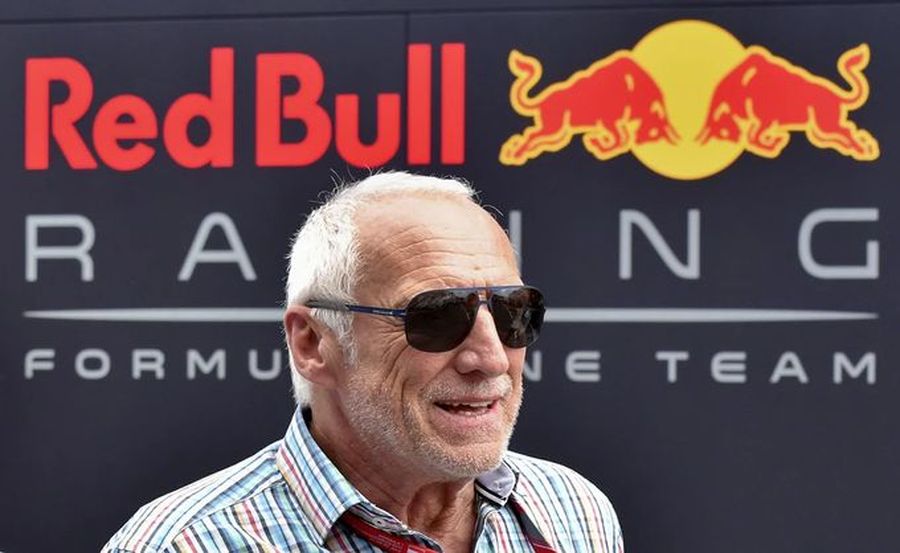 Red Bull means marketing. Hardly any other company builds its entire success strategy so consistently and with such great commitment on this instrument. Consequently, Red Bull is known for using different marketing concepts in parallel and highly successfully. Many companies try to copy them, but so far no one has been able to match Red Bull's success.

Energy drinks were already known in other countries, such as Thailand, before Red Bull. Mateschitz bought the licence rights to the non-carbonated drink "Krating Daeng", which was on the market there. The entrepreneur quickly recognised the potential of the product. From then on, his goal was to make this drink successful worldwide. He put 2 years into the development of an adapted recipe and created a new cult drink. In the beginning, Red Bull mainly used classic marketing instruments such as product samples or advertisements. But it was only by combining this with innovative methods that were not yet widely used at the time that Red Bull did everything right. From then on, the brand was present at events, in the sponsoring of sports events and very quickly addressed carefully selected target groups with the greatest possible consumption potential.

Belief in the idea

At the beginning, Red Bull was criticised from many sides. In all market research results, the drink received negative feedback. Statements like the drink was too unhealthy and would fail on the market were part of everyday life. Even the logo and brand name fared poorly. Marteschitz also ignored the first unsuccessful test attempts of his energy drink and then decided to establish his product in the student scene. He organised his own student events and raver parties to bring the drink and the brand into the consciousness of the young audience. The entrepreneur unwaveringly believed in his product and followed his gut feeling. As we know today, he made exactly the right decision. This shows that the end consumer often decides on the basis of gut instinct and his or her behaviour does not necessarily follow market research studies based on scientific criteria.

From the very beginning, Red Bull focused on long-term success, whether you think of the brand building, the launch marketing or the development and adaptation of the recipe. It took three years from the founding of the company to the market launch. Despite great success, Red Bull again took its time with the development of the international market. Slowly, the company tested itself on the different, individual world markets. It took 10 years for the product to find its way to the USA. Today it is world-famous and celebrates great popularity on almost every continent.

On the one hand, Red Bull has managed to become synonymous with energy drinks, regardless of whether you actually consume Red Bull or one of the now numerous other products. On the other hand, the Red Bull brand is no longer associated only with the name of an energy drink. When you hear Red Bull, you don't necessarily think of a drink. When you see the logo with the two bulls facing each other, you think of excitement, adrenaline and extreme sports. At events like "Stratos" with Felix Baumgartner or at the aerobatic event "The flying Bulls", the focus is never on selling the energy drink, it is much more about conveying extreme emotions to anchor the brand in people's minds. Red Bull has created a new attitude to life, a new lifestyle. 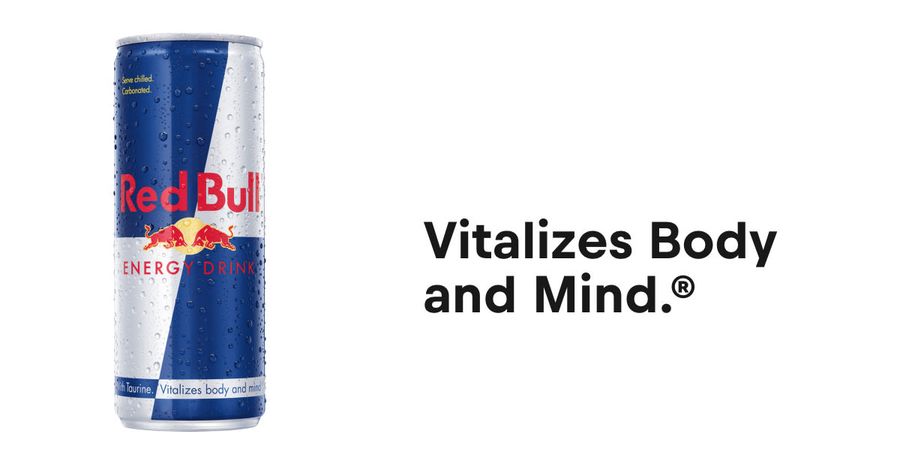 The Red Bull logo originated from the name of the original Thai drink "Kratin Daeng" - which means "red bull". It shows two muscular red bulls, backed by a yellow circle. The logo is deliberately intended to appeal more to the male, masculine target group. The background is usually silver/blue. The uniformity of this logo and the simple yet striking design gives this brand an extreme recognition value in the public.

Do you want to get more information about the Red Bull business model?